Phonegap uses Google groups, and provide a link from their website to the group homepage. For some unknown reason, I was required to authorize accesing adult material.

I wonder, is this a google group glitch or the Phonegap discussions are not only about iPhone/Android and Mobile framework.

As I have previously speculated here and only two hours ago, Alcatel-Lucent (ALU) will cut WiMAX investment.

As I could easily guess, the WiMAX market has shrunk enough for ALU to get out of the business, thus focusing in their core business and future LTE.

Alcatel-Lucent will reduce spending on WiMAX by “partnering, co-sourcing and participating in the consolidation of the industry,” it said. Other areas that will meet the same fate include customer premise equipment, some legacy applications, and the company’s portfolio of fixed-line telecommunications products not based on the IMS (IP Multimedia Subsystem) core.

To me it is clear that ALU will partnet with Alvarion for Mobile WiMAX, as they have done in the past with the “Fixed” WiMAX. These are great news for Alvarion as another big player is getting out of the Market; Nortel has announced the same a few months ago and partnered with Alvarion, though I don’t think we have seen the result in Alvarion’s balance sheet.

Other two big players are Motorola and Samsung:

Had an idea of implementing Youtube Jukebox using Youtube API. The idea is quite simple, based on a tag or a search word, the application will build a playlist and play it.

Alas, someone already implemented it… back to thinking of new innovative ideas.

Ozmodevices , Formerly called Hstream, are trying to kill Bluetooth.
At first, their idea of creating a PAN (Personal Area Network) looked similar to what IXI Mobile did with Bluetooth. (I used to work at IXI at that time).

But, reading more, it seems they aim to substitute Bluetooth with WiFi.

KDDI will launch in November a new product and service called au Box.
More information can be found in Asiajin (BTW, a great Blog) and KDDI website.
The Box is a Motorola CPE, supposedly based on KreaTV Open Software Platform.

Searched for more info in Motorola website, looking for “Open Software”, but failed to do it. Is it really open?

Although not officially launched, Chicago has a live Xohm (Mobile WiMAX) network.

The following blog shows a live video of Mobile WiMAX using Motorola USB device and a CPE with WiMAX and VoIP.

Sprint has launched the Xohm network in Baltimore.

For information on service plans, modems and more you can refer to Xohm .
It appears that only two modems are available now,
1) For home usage, Zyxel CPE – price – 80$ (excluding taxes) with 27dbm max power and 5dbi antennas.
2) On the Go – Samsung express card – 60$, only Windows support!
A USB from Samsung will be available soon.

I will follow-up this story in the  next few months; A quick search in youtube didn’t return something significant, technorati produces more infromation; More than 100 Blog entries today, including Engadget.

Just go a Nokia E71 (white one), which people claim it has the “Oligarch look”. Extremely happy with it, as it connects very well to the internet, Browser is good and has a decent music player; Already synchronized to my Exchange Server,but still could not get the GPS to properly work, but I am sure it will.

So happy I didn’t fall into the iPhone trap, i.e. having something really cool, that doesn’t really fit my needs.

A quick search found a similar (more lengthy) review by Joel (Joel on Software). He also likes it – Link. 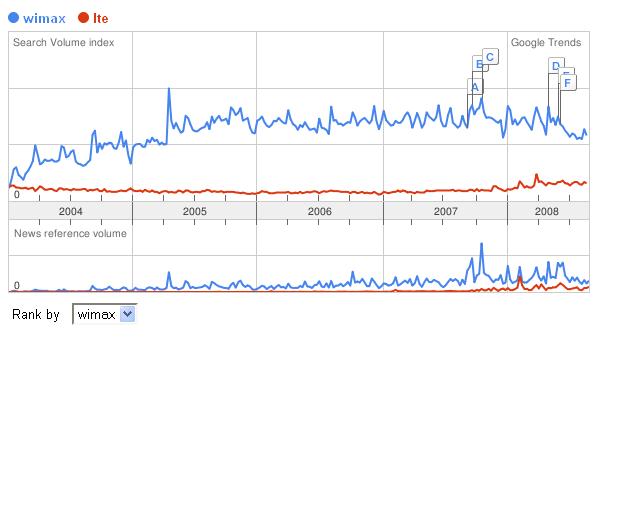 A robot playing Guitar Hero. A project conceived and executed by GarageGeeks.